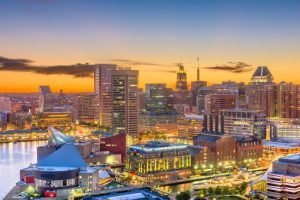 Editor’s note: The following article appeared on thedailyrecord.com on March 22, 2019.

Governor Larry Hogan took state legislators to the woodshed earlier this week, partly to call them out for not passing crime and public safety legislation that he has backed during the 2019 Maryland General Assembly session.

The governor was particularly ruffled that legislation that would have toughened penalties for repeat violent offenders has not advanced and a proposal that would have permitted guards in Baltimore City Public Schools to carry guns has been rejected. He used some choice words to describe those who opposed those legislative initiatives. According to news reports, several legislators shot back that his harsh words were out of line and the governor should focus on youth and social programs to prevent crime, rather than stricter law enforcement measures.

Such theatrics in the waning stages of the annual Maryland General Assembly session are nothing new.

But on the issue of crime and public safety the public would be best served by finding common ground.

The fact is, to solve the issue of homicides and violent crime, which have dogged Baltimore for several years, a coordinated two-pronged approach, short term and long term, is needed.

These are the conclusions of the Greater Baltimore Committee’s Task Force on Public Safety, which has studied the issue of violent crime in Baltimore in-depth for many months. The first prong, an immediate short-term approach, focuses on crime control – taking strong action against repeat violent offenders. This tactic has to be coupled with a long-term approach that acknowledges the social disparity that plagues many of our citizens and finding effective programs to address those challenges to ensure that future generations have the opportunity to break away from poverty and the economic lure of crime.

Both prongs of this crime reduction strategy have to be implemented simultaneously with equal commitment and intensity. Neither approach on its own will address the problem.

Examining the public safety-related legislation introduced during the 2019 legislative session, one can find proposals that address the immediate need to strengthen crime fighting. Similarly, there are proposals that seek to yield results addressing social and economic disparities.

Unfortunately these legislative efforts are not presented in a coordinated, unified strategy.

Such proposals square with the GBC findings. They are reasonable steps that should yield gains to end violent crimes.

Another proposal would allow Johns Hopkins University to stand up its own police department. This is a practical approach utilized in all Maryland’s public colleges and universities. This will not only improve public safety around Johns Hopkins’ campuses, but it also allows for better deployment of the Baltimore police force that is suffering from a dearth of officers.

Another legislative proposal would change state law to make the use of a firearm during a violent crime a felony, rather than a misdemeanor. Someone convicted of a first offense would face a sentence of five to 20 years in jail. A second violation could carry prison time of 10 to 20 years in jail.

With firearms being used in an overwhelming number of violent acts committed in Baltimore City — 88 percent of murder victims in 2017 were killed with a firearm – this is another measure that focuses on addressing the immediate need for crime control.

Meanwhile, a number of long-term measures seeking to address the underlying root causes of crime are before the General Assembly.

One legislative initiative provides for $3 million annually to be appropriated to the Maryland Summer Youth Connection Program in Baltimore City. The funding would allow more youths to participate in the program, which provides jobs for youths ages 14 to 15 who are from low–income families or encounter other barriers to work. The program not only has a number of economic benefits, it also provides teens with opportunities to see that work provides a path away from a life of crime. Expanding the program  makes a lot of sense.

Another bill would establish a Juvenile Justice Reform Council in the Governor’s Office of Crime Control and Prevention. The council would be required to submit recommendations by Dec. 1, 2020. The outcome of this council would likely result in a comprehensive legislative package for juvenile justice reform that would ensure positive outcomes for youth, including alternatives to jail, but with reasonable accountability. This could help achieve the goal of preventing crime in the long term.

Providing for the protection of the public must always remain a top priority of government.

In future legislative sessions a best practice for elected state officials is to work together and agree on a unified, coordinated crime strategy that incorporates a mix of immediate crime fighting measures and long-term crime prevention proposals. Such an approach is likely to yield short- and long-term benefits that all sides can be proud of and applauded broadly.