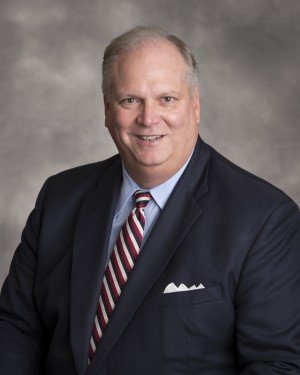 Editor’s note: The following commentary appeared on TheDailyRecord.com on March 17, 2016.

This summer 13,000 visitors are expected to visit “Charm City” for the National Urban League’s annual convention, which is to be held at the Baltimore Convention Center.

Not only will this prized convention – which many cities compete for annually – draw thousands of visitors to the region, it’s also expected to attract the candidates vying for the presidency as they stump for votes. Expected economic impact of the three-day event: $4.2 million.

This is all good news, of course, for the hotels, restaurants, tourist attractions and other businesses that rely on the convention center year-round to fuel the regional economy.

Now let’s fast forward four years to the next presidential election season. Will Baltimore’s Convention Center still be able to compete for and book large events that have the stature of the National Urban League?

That’s the big question — and an important one.

Here’s why: An expanded convention center is long overdue.

That’s not a new conclusion. An analysis conducted by a consultant hired by the Maryland Stadium Authority, which along with the city helped finance the last convention center expansion in 1996, determined this back in 2012. Crossroads Consulting Services’ study also warned that should the convention center not be expanded – or a new, larger one built – the city risked experiencing a decline in convention, trade show and meeting bookings at some point in the future.

A 15 percent decline in bookings, the 2012 study projected, would lead to a loss of $78 million in spending and lost tax revenue of $2.1 million and $4.3 million to the city and state, respectively. Jobs tied to convention center business would also be on the line.

A sense of urgency

This brings me to recent news reports that Maryland Commerce Secretary Michael Gill said that his department will seek $3 million to fund a new study looking at options for an expanded convention center. Gill said he’s confident that such a project will move forward “at some point.”

The good news is that Gill understands that the Baltimore Convention Center expansion project needs to move forward and needs state support to do so. An updated consultant’s study would be a good first step.

Simply put, expanding the Baltimore Convention Center, which is a vital driver of jobs, business and taxes in the city and state, must be viewed as a project of the utmost priority for the local, regional and state economy.

Baltimore risks being unable to compete with other cities for important conventions and conferences, and worse becoming less favored by meeting planners.

Don’t believe it? Consider Otakon, a three-day event featuring East Asian pop culture, which has been held at the Baltimore Convention Center each summer since 1999. This summer will be its last in Baltimore. Organizers decided to move the event to Washington, D.C., beginning in 2017 because of the need for a larger convention center site. In recent years the event has drawn more than 20,000 people and provided an estimated economic impact of more than $10 million, according to news reports. The loss of that event should serve as a red flag for city and state business and elected leaders.

The Greater Baltimore Committee has long championed the need for a new or expanded convention center to keep Baltimore competitive for this critical driver of jobs and the economy.

In 2011, the GBC released plans for an innovative combined project that included a new arena to replace the aging Royal Farms Arena for sports, music and other shows, an expanded convention center to handle much larger groups, and a 500-room hotel. The concept envisioned a public-private financing partnership. But a series of unfortunate events stalled that promising effort.

Let’s take stock of the current situation. For one, Baltimore is woefully behind other cities in its competitive set when it comes to new or expanded convention centers that have either been recently completed or are underway. These cities include Philadelphia and Washington, D.C., according to Visit Baltimore, the city’s tourism arm.

Both are more than twice as large as the Baltimore facility, which has 300,000 square feet of exhibit space.

It’s time to stem this slide.

Elected city and state leaders, working with the GBC and business leaders, must agree on a sensible plan to fund expansion of the current convention center.  Its role as an economic engine for the state and regional economy as well as the jobs of many hard-working Marylanders depend on it.

Donald C. Fry is president and CEO of the Greater Baltimore Committee. He is a regular contributor to The Daily Record.