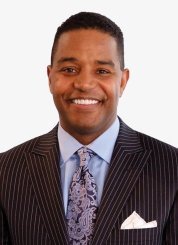 Exelon Corporation announced Dec. 4 it has appointed Calvin G. Butler Jr., CEO of Baltimore Gas and Electric Company, as senior executive vice president of Exelon and CEO of Exelon Utilities, a role he has held on an interim basis since Oct. 15.

“With this strong leadership team in place, Exelon Utilities will continue to drive innovation and deliver the best possible results for our customers and the communities we serve,” said Christopher M. Crane, president and CEO of Exelon. “Calvin and Carim are part of a deep bench of talented industry leaders who are building Exelon’s next-generation energy grid with a focus on sustainability, resiliency and reliability.”

Butler will remain a resident of Baltimore and work out of Exelon’s Washington offices.