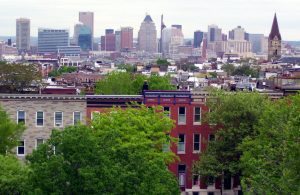 The following is an excerpt from the original Daily Press article.

The U.S. became more diverse and more urban over the past decade, and the white population dropped for the first time on record, the Census Bureau said Aug. 12, as it released a trove of demographic data that will be used to redraw the nation’s political maps.

The new figures offered the most detailed portrait yet of how the country has changed since 2010, and they are sure to set off an intense partisan battle over representation at a time of deep national division and fights over voting rights. The numbers could help determine control of the House in the 2022 elections and provide an electoral edge for years to come. The data will also shape how $1.5 trillion in annual federal spending is distributed.

“This is an important time for the business community and city stakeholders to establish a sustainable strategy to grow the population and move forward with a sense of urgency,” said Donald C. Fry, President and CEO of the Greater Baltimore Committee. “This can’t be a one or two-year deal. It must be a long-term commitment by the city.”