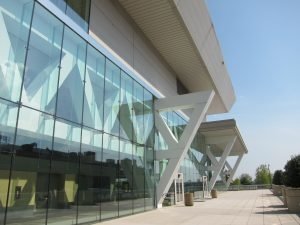 Editor’s note: The following commentary appeared on thedailyrecord.com on September 20, 2018.

The recent news that a major health and wellness convention has decided to relocate from Baltimore to Philadelphia because the city’s convention center can’t handle its growing attendance is the latest alarm bell that expansion of the Baltimore Convention Center is desperately needed.

The convention and tourism business is reaching a critical turning point, and the political will for funding for an expanded and modernized convention center must be found before more losses occur.

The project should be a high priority discussion when elected state leaders convene early next year for the Maryland General Assembly legislative session so the groundwork can be put in place once the Maryland Stadium Authority (MSA) completes the second phase of its study on an expanded convention center.

Baltimore Mayor Catherine Pugh has signaled that the project is a priority for her administration. It is now imperative for the mayor, elected city officials and the business community to impress upon the governor and state legislators — many of whom will be newly elected in November — that this project is an urgent state need, not a Baltimore project that must vie with other jurisdictional requests.

Built in 1979 and last expanded in 1997, the facility is the state’s largest convention center, generating millions in related spending and tax revenues. It has been determined that two-thirds of the revenues generated benefit the state with the remaining one-third going to the city.

The latest signal regarding the need for an expanded Baltimore Convention Center, which the Greater Baltimore Committee has been advocating for over the last decade, came in late August when Natural Products Expo East informed city officials that it is moving the event to Philadelphia in 2020.

This East Coast neighbor, which competes directly with Baltimore for conventions and tourism, has already invested in an expanded center.

The annual Natural Products Expo event drew 29,000 people last year and generated an estimated $17.3 million to the economy, according to Visit Baltimore, the city’s tourism arm. This year the event, which was held Sept. 12-15, was expected to draw about 30,000 and have a similar economic ripple effect.

Other major convention groups have departed Baltimore for larger convention center venues, including Otakon. The event, which features East Asian pop culture, drew more than 29,000 to the city and generated an estimated $12.3 million economic impact in 2016. It left Baltimore after 20 years in favor of Washington, D.C., another competitor that has invested in a larger convention center. Other competitor venues, such as San Antonio, are teed up to do likewise.

In July the MSA recommended in the first phase of a two-part study that the current convention center’s total square footage be expanded by more than 40 percent, along with construction of a new 500-room hotel. The new hotel would replace the existing 337-room Sheraton Hotel on South Charles Street adjacent to the center, the MSA said.

While we won’t know the estimated costs until the MSA completes the second phase of its study, it will be a sizeable sum.

This will require a significant financial commitment from the city and state. Historically, the costs of convention center projects have been shared at a level comparable to the benefits received: two-thirds from the state and one-third from the city.

Some critics argue that tax dollars should not be used for improvements to convention centers, contending that such investments won’t yield big returns.

But what is clear is that the convention and tourism business is a significant economic engine for the state and city.

The 24 conventions booked for Baltimore this year will generate an estimated economic impact of more than $117 million. Visit Baltimore estimates more than 85,000 jobs are directly and indirectly tied to conventions and tourism with more than $10 billion in related sales.

The MSA estimates that an expanded and renovated convention center with a new hotel would create 1,600 to 2,300 new jobs and generate $15 million to $21 million in additional annual tax revenue.

If the state and city intend to keep the convention and tourism business as a major economic engine it will require investment to remain competitive. City and state leaders must fully support and commit to funding this vital and overdue project. Only then will Maryland be able to compete in the convention business.