Since 1790, the U.S. government has conducted the decennial census, as mandated by the Constitution. The census aims to count the entire population, and gathers data about sex, age, race, living situations and the number of people per household. According to the United States Census Bureau, response rates have declined due to the overload of information requests that citizens receive. However, responses to the 2020 census are crucial to the country, state, region and Baltimore City. Responses affect federal funding, representation in Congress, the Maryland General Assembly and local government, and economic growth factors. 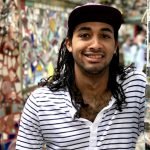 The GBC spoke with Austin Davis, Census 2020 Project Manager for Baltimore City, to learn more about how crucial participation in the census is for citizens of Maryland.

GBC: What is the potential economic impact in terms of federal grants and other funding that census responses could have on Baltimore City in 2020?

Austin Davis: The more accurate of a count that we have in the City of Baltimore, the easier it will be for our federal and state partners to determine the true need of federal funding. Many of the nonprofits in the city operate on federally funded or assisted grants that look at things like number of low-income children in a given census tract. To be able to ask for or deserve that money, the data needs to be there. I like to think of a census tract near the Upton neighborhood that shows around only 35 children or so under the age of five, which is just inaccurate.

On a much larger scale, when you think about programs like Medicaid and others, it’s not to say that they won’t be affected because we will always receive hundreds of millions of dollars in funding due to the categorical nature of them. Smaller programs like Head Start [a program that provides early childhood education and other services to low-income children and families] can be affected if there is an inaccurate count, because the city and nonprofits use the data to ask for money and it is used when funding allocations are drawn up.

Since the last census in 2010, Baltimore has lost a significant number of residents so it seems more crucial than ever to have every person residing in the city counted. What is the specific plan to accomplish this?

In order to hit our goal, to have the most complete and accurate count, we have a target of at least a 73 percent response rate. We really use the model of trusted messengers [those that people are likely to trust because of a personal relationship]. Through our Complete Count Committee, we have been working with over 70 partners in the private sector, business sector, nonprofits, city and local government and state and federal partners, to ensure that we know who is on the ground and how to reach them. Our partners have worked with message testing and focus groups with populations in the city that we have determined hard to count. [Those are] populations that we see are at risk of not completing the census because of historic lack of completion or due to the census being [available] online. In order to reach those communities, we need to make sure we are bringing resources, materials and access to them. We also need to make sure we get the word out to them through trusted messengers.

How can census responses affect the business community?

Businesses use census data a lot. I like to think of a grocery store, for example. They may not want to open in a certain area because they might look at census data and see there is not enough people. They look at American Community Survey or census data to anticipate how many people it has or the income of an area. If the income data from the census is inaccurate, a grocery store might think there are not enough people who can afford [their products]. So, it is really important that all of the data is accurate so that a business, especially a large business, can determine whether or not they should operate in a given community in the city.

What can the business community do to encourage participation in the census?

We have a business and institution sub-committee within our Complete Count Committee. One of the main things we are asking businesses to do is to make sure that their employees have a way to respond. The census is [available] online, over-the-phone, or in a paper form that gets mailed to you. First and foremost, we want to make sure the business community allows their employees to fill it out. Second, we want to make sure that the business community is echoing the City Council’s message that [the census] is easy, safe, important and that they are using the resources on our website.

We know that a lot of businesses reach a larger community than we do. We are looking to partner with businesses, specifically through our community grant, but also people and businesses that were not in the grant, to bring some tech and devices at a pop-up [in the future].

Responses begin the week of March 10, 2020. For more information about the census, you can visit any municipal building, a library or the Baltimore City 2020 Census website.