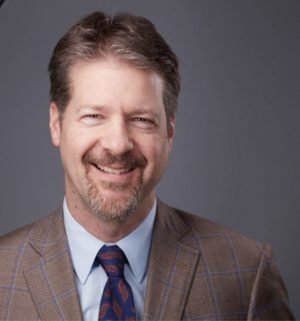 The Howard Hughes Corporation® (NYSE: HHC) has announced that Greg Fitchitt has been named Regional President of the company’s Columbia, Maryland region, one of the first master planned communities in the U.S. founded by legendary developer James W. Rouse in 1967. A senior leader who has been with The Howard Hughes Corporation since 2013, Fitchitt will head the 14-million-square-foot redevelopment to transform Downtown Columbia into a regional hub of technology, culture and commerce. Fitchitt, formerly Columbia’s Senior Vice President of Development, worked closely for many years with the region’s previous President, John E. DeWolf, who spearheaded the establishment of a new vision for Columbia until his recent passing.

With more than 20 years of real estate experience spanning across development, planning, entitlements, leasing, community relations, government relations and design and construction management, Fitchitt led the effort to gain Howard County Council’s approval in 2016 of a $90 million TIF for public infrastructure and a comprehensive plan for affordable housing in Downtown Columbia. He recently secured approval of an additional million square feet of development in Downtown Columbia’s Lakefront district.

“We are fortunate to have Greg’s talent and leadership at the helm of Columbia to propel forward our dynamic vision for the community and continue the visionary legacies of Jim Rouse and John DeWolf,” said Grant Herlitz, President of The Howard Hughes Corporation.

Fitchitt chairs the Downtown Columbia Partnership board and serves on the Greater Baltimore Committee’s Board of Directors, the Howard County Chamber Board of Directors and the ULI Transit Oriented Development Council for the ULI Baltimore and Washington District Councils.

“I am excited for the vibrant future that lies ahead for Columbia and look forward to continuing to grow boldly with our community as we build upon the great work of my esteemed predecessors,”  Fitchitt said.

About The Howard Hughes Corporation®

The Howard Hughes Corporation owns, manages and develops commercial, residential and mixed-use real estate throughout the U.S. Its award-winning assets include the country’s preeminent portfolio of master planned communities, as well as operating properties and development opportunities including: The Seaport District in New York; Columbia, Maryland; The Woodlands®, The Woodlands Hills, and Bridgeland® in the Greater Houston, Texas area; Summerlin®, Las Vegas; and Ward Village® in Honolulu, Hawaiʻi. The Howard Hughes Corporation’s portfolio is strategically positioned to meet and accelerate development based on market demand, resulting in one of the strongest real estate platforms in the country. Dedicated to innovative placemaking, the company is recognized for its ongoing commitment to design excellence and to the cultural life of its communities. The Howard Hughes Corporation is traded on the New York Stock Exchange as HHC. For additional information visit www.howardhughes.com.

A development of The Howard Hughes Corporation®, Downtown Columbia is located at the center of Columbia, MD, one of the first master planned communities in the U.S. founded by legendary developer James W. Rouse in 1967. Conveniently located between Washington, DC and Baltimore, Columbia is comprised of 14,000 acres including ten completed residential villages and a deep pipeline of commercial development opportunities within its Downtown. At full buildout, the redevelopment of Downtown Columbia will include three new and reconfigured neighborhoods—Merriweather® District, Lakefront District and Central District—and feature more than 14 million square feet of mixed-use development comprised of 4.3 million square feet of commercial office space, 1.25 million square feet of street retail, 6,244 residential units, and 640 hotel rooms, as well as cultural and civic spaces including public parks, trails and more.

The underdeveloped core of Columbia became the subject of an extensive five-year process that culminated with the passage by the Howard County government of the Downtown Columbia Plan in 2010, a guide to creating a vital area in which residents can live, shop, work, entertain and enjoy cultural opportunities in an enriched natural setting. More information is available here.

Statements made in this press release that are not historical facts, including statements accompanied by words such as “will,” “believe,” “expect,” “enables,” “realize”, “plan,” “intend,” “assume,” “transform” and other words of similar expression, are forward-looking statements within the meaning of the Private Securities Litigation Reform Act of 1995. These statements are based on management’s expectations, estimates, assumptions, and projections as of the date of this release and are not guarantees of future performance. Actual results may differ materially from those expressed or implied in these statements. Factors that could cause actual results to differ materially are set forth as risk factors in The Howard Hughes Corporation’s filings with the Securities and Exchange Commission, including its Quarterly and Annual Reports. The Howard Hughes Corporation cautions you not to place undue reliance on the forward-looking statements contained in this release. The Howard Hughes Corporation does not undertake any obligation to publicly update or revise any forward-looking statements to reflect future events, information or circumstances that arise after the date of this release.