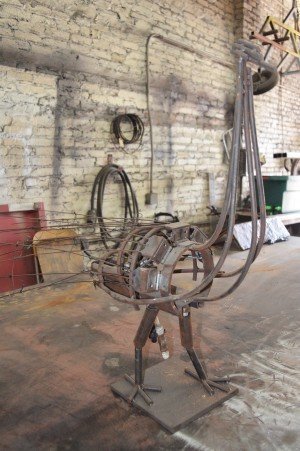 Walking into Tim Scofield’s studio on Exeter Street near downtown Baltimore 10 days before the start of Light City Baltimore you come face-to-face with a 12 feet tall, 1,200 pound steel peacock.

Scofield, 45, of Idlewylde and Kyle Miller, 43, of Hampden are the artists behind the larger-than-life peacock. Their piece of art is among the many works which will be featured at Light City Baltimore, the first large-scale international light festival in the country which begins on Monday. The seven-day festival is promoted as “a celebration of ideas, ingenuity and creativity through art, music and innovation.”

The Greater Baltimore Committee is sponsoring the Peacock, one of 50 attractions featured at the light festival.

When the lighted, animatronic Peacock is set in motion, its feathers open up to about 20 feet tall and 40 feet wide with 14,400 colorful light emitting diodes (LED).

Scofield and Miller credit Will Cocks and Steve Dalnekoff – the project’s tech crew – with executing the Peacock’s lighting.

The full-time artists began working on the Peacock in January after their proposal was accepted by the Baltimore Office of Promotion and the Arts, the festival producer. Ten days before Light City Baltimore was set to begin Scofield and Miller were making the final embellishments to the work of art.

“If we weren’t working on it we were thinking about it,” Scofield said. 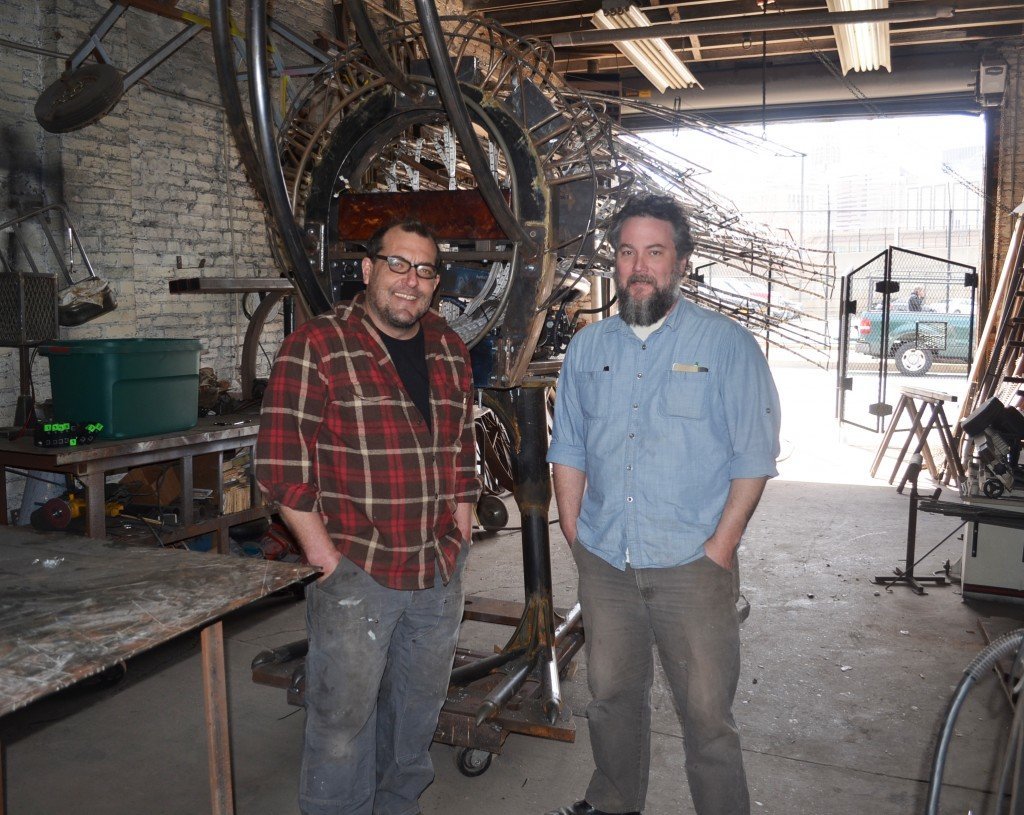 The Peacock, constructed in Scofield’s studio, represents Baltimore’s past and present, Scofield said.

During the light festival the Peacock will be controlled with an iPad and operate on little power. It can run off of the power of two household outlets, said Miller, who estimates the Peacock’s feathers will open and retract every half hour.

During the festival the Peacock will be located along the BGE Light Art Walk at Pier 5.

“It (Light City) shows that we do have a thriving arts community that’s often overlooked,” Scofield said. “Light City is showing the side of Baltimore that is up and coming and positive.”

Read the GBC’s interview with Calvin Butler, BGE’s top executive, chair of Light City Baltimore and a member of the Greater Baltimore Committee’s Board of Directors.