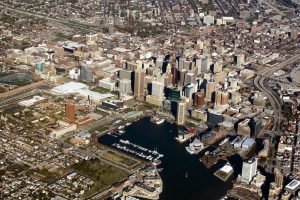 Baltimore’s CitiWatch surveillance camera program consists of 1,000 cameras throughout Baltimore City, with nearly 100 in the downtown area, and has been instrumental in aiding the Baltimore Police Department in solving crimes and arresting the perpetrators in an effort to make Baltimore safer. Join the Greater Baltimore Committee to learn about the program, how it works, its coverage, its successes and plans for the future.