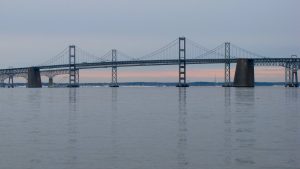 This year a leading authority on infrastructure, the American Society of Civil Engineers, gave the nation’s infrastructure a grade of C minus. That’s marginally better than the D plus grade the society issued in 2017.

When we talk about infrastructure, we are referring to the nation’s airports, railways, roads, bridges, electrical grids and more, including broadband, which some call the “new electricity.”

Infrastructure in the United States is vital to the nation’s economy.

The problem with the country’s existing infrastructure is that much of it was built in the 1960s and not enough has been done to keep it in a state of good repair.

The administration is pushing for a bipartisan vote in the Senate this summer.

An interesting component of the proposal is a commitment to expand broadband to ensure that underserved communities can fully participate in the digital economy.

An opportunity to improve the nation’s infrastructure may not come again for many years.

Now is the time to support the infrastructure proposal and move the country forward.