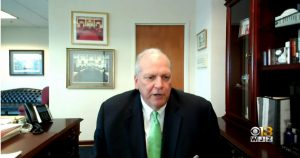 “This is a transformational project that could really turn what has been a 100 year old railroad station into really a regional transportation hub,” said Donald Fry, Greater Baltimore Committee President and CEO.

The money will be used to refurbish the more than 100-year-old “Head House,” to build a glass-walled passenger concourse, and to add space for shops, eateries and offices. They are also building a new high-speed rail platform.

“Amtrak is making significant investments in their new Acela fleet that will provide for high speed rail, that’s the key component in this new Penn Station hub,” Fry said.