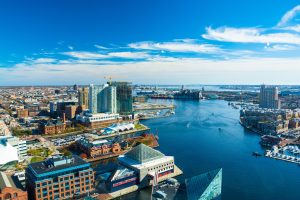 The Greater Baltimore region needs a world-class public transit system to create shared economic prosperity and inclusive growth. We have a game plan for a modern transit system.

The Greater Baltimore Committee and Greater Washington Partnership are working with leaders and partners throughout the region to deliver on this promise.

Despite its strengths, the existing transit system does not meet the needs of the 21st century economy, workforce, or its residents and therefore demands a course correction. Baltimore lags peer regions in transit performance in most categories of significance: the number of public transit options available, the quality of those options and the degree to which existing transit assets are leveraged to maximize their impact and potential for inclusive growth.

It has been almost a quarter century since the Baltimore metro area has opened a new rapid transit service, and yet the region has no expansion plans in any stage of serious implementation.

This represents a major missed opportunity, especially at a time when the federal government is making its largest investment in transit expansion in history over the next five years through the bipartisan Infrastructure Investment and Jobs Act. Without leadership from public, private and civic leaders, Baltimore will miss this historic opportunity to invest in expanding more equitable, accessible, safe and competitive transit options.

The current state of Baltimore’s transit system results from a failure over many decades to adequately fund and maintain the system. Transforming the system will require collective buy-in and commitment across the civic, private and public sectors over many years, as well as bringing new voices to the conversation to sustain momentum toward achieving transit excellence.

The time for action is now.

The residents and businesses of Maryland’s largest city and surrounding suburbs deserve a world-class transit system. We must set the course for a more equitable transportation system, making the Greater Baltimore region a more attractive place to live, work, visit, and build a business.

Our Strategic Priorities to Improve Mass Transit in the Baltimore Region

The foundation of Baltimore’s transit system has been eroded by insufficient operational and maintenance funding over decades. To position the system for growth, we need to return to a state of good repair and expand operational capacity to reliably serve today’s riders and service schedules. This should include efforts to improve workforce training and development for expanded service and new technologies. This must be addressed in the short term to build momentum and restore confidence in the system.

Too many jobs are out of reach for too many residents. The bus offers the most expedient solution to close these gaps within a few years to broaden job opportunities for the region’s residents and open labor pools for employers. Where rail exists today, service should be increased to offer no less than 15-minute regular service at all hours of the day.

Baltimore is unique among major transit systems throughout the country in that it is governed and operated by a state agency with no local oversight, making it difficult to deliver major projects, adequately maintain and operate the system, and respond to regional needs. Reforms should be made to MTA’s governance structure of the transit system to enhance accountability, shared responsibility, and operational and capital investments to create a truly regional, rapid, and reliable transit system.

The region should advance no less than three transit projects that meet the twin conditions of being realistically attainable within the next 10 years and provide comprehensive improvement in available transit options and connections to regional job and activity centers. This should include completion of an east-west rapid transit service in Baltimore City – a priority connection for the region that dates back more than a half century.

Through strategic investments to deliver faster, more frequent, MARC service, the Baltimore region will be better connected to DC, Northern Virginia, and points in between, and enhances its ability to sustainably grow its population and employment base.

The Baltimore region has several underdeveloped rail stations that could serve as hubs for thriving, transit-oriented communities, yielding thousands of new jobs, millions in increased tax revenues, and generate greater transit ridership and reduce congestion. The region must cultivate and encourage more transit-oriented development around its transit stations.

Our elected leaders must work with local agencies, labor organizations, community representatives, businesses of all sizes, and civic institutions, among others, to deliver a transit system that ensures that the Baltimore region will succeed. 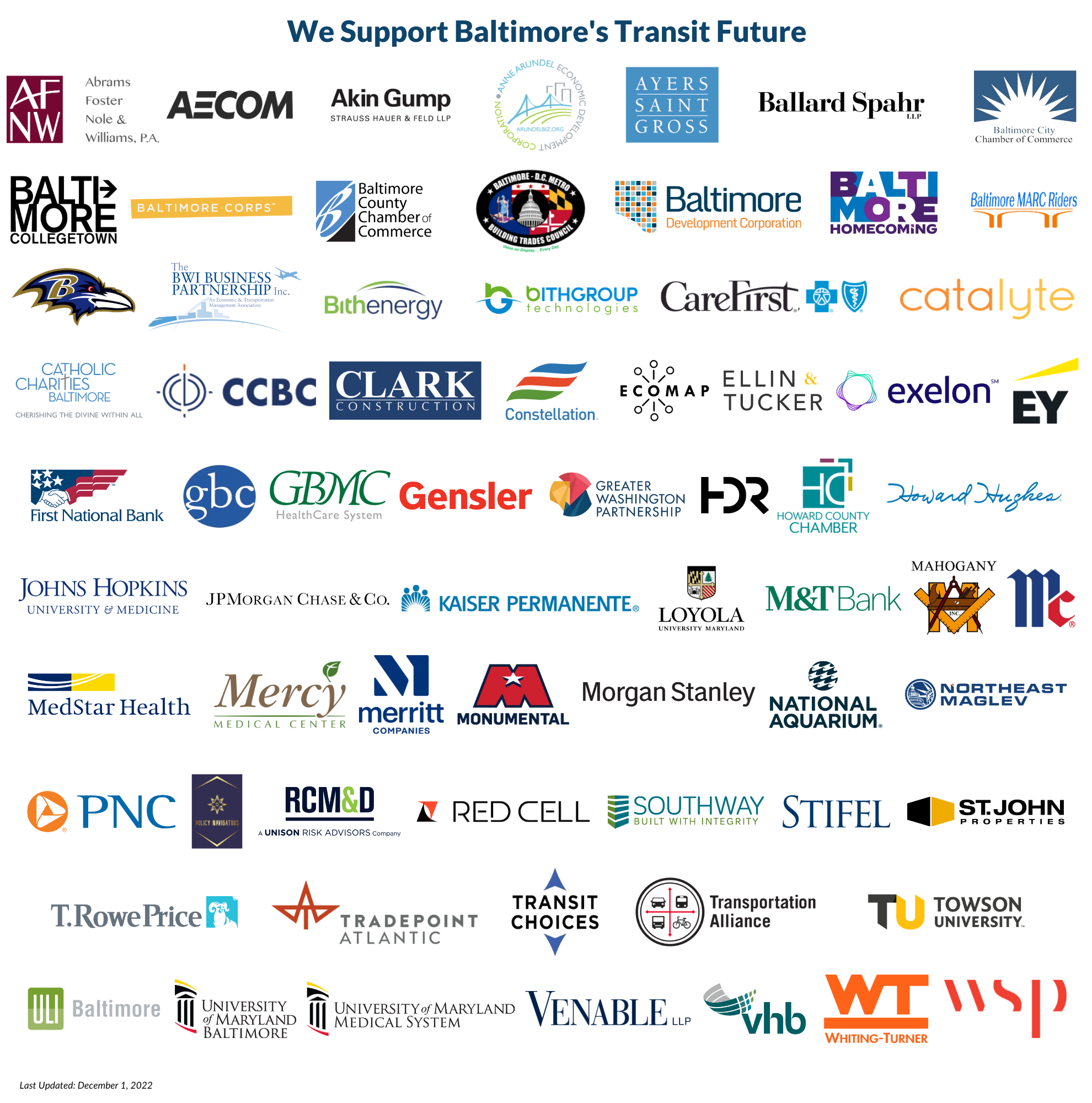 Together, with elected leaders, local agencies, the transit workforce, community representatives, as well as private sector and civic leaders, we can deliver the transit system that empowers the Baltimore region to new heights.